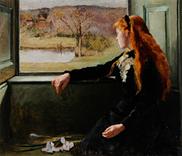 The list is just a start and we are adding to it all the time.  Our website does not allow us to insert photographs but please scroll down to see some pictures.

Isaac was born in the building which is now Boots in St Peter Port.  There is a plaque outside that simply reads 'Isaac Brock: he saved Canada'.  When the US declared war on Britain in 1812, Brock was successful in managing to keep them the US out of Canada.  He was known for his warm personality and made friends with native Americans, who considerably helped his efforts.  His last words are said to have been "Surgite!" — Latin for "Push on!" — which is Brock University's motto.  Brock is regarded as one of Canada's great military heroes.

Things to see:  see the plaque outside Boots and the memorial inside the Town Church.

Mrs de Garis was a highly respected expert of Guernsey heritage, culture and language.  She lived all her life in the parish of St Pierre du Bois, apart from the war years.  She was regarded as one of the leading authorities on the Guernsey language, her knowledge of the island and its language has been described as encyclopedic and she took the greatest of pleasure in passing on her knowledge, especially to the young.  She had a passion for language and wrote the Dictiounnaire Angllais-Guernésiais, an English-Guernsey dictionary, which was first published in 1967.  Mrs de Garis also wrote the book Guernsey Folklore, a glossary of Guernsey place names, a grammatical work on the Guernsey language and a history of St Pierre du Bois. Mrs de Garis was appointed an MBE in 1999 for her service to the promotion of the Guernsey local language.  She died in 2010 at the age of 100.

For more information:  visit the language area at Guernsey Museum at Candie.

James was a Naval commander who served with Admiral Lord Nelson.   As well as his Naval career, James helped Guernsey by giving land and £1,000 to build St James, put money into parish schools (Castel and St Andrews) and supported the poor.  There is a statue of him at the National Maritime Museum in Greenwich.  He was described by his friend, Sir William Hotham as: 'in his person tall, and having the remains of a handsome man, rather formal... but without the least tincture of affection and pride... having the boldness of a lion whenever a sense of duty brings it into action'.

Things to see or do:  download an activity book about him, at the end of this page under 'document downloads'.   There is also a book produced by the Museum called In Nelson's Shadow (available to buy from Candie).  At Castle Cornet you can see the Bronze Saumarez plaques which were originally attached to a Saumarez memorial in Delancey Park.  This memorial was destroyed by the German forces during the Second World War.

These two Guernsey men were responsible for setting up a Public Subscription Library in 1883.  Over 100 years on, it's still going strong. They went to New York and were inspired by the libraries in that city.  They sent the money back home and built up a public library. You can read more about the history of the library here.

Le Lacheur was born in the Forest and went to sea at a young age, like many Guernsey men.  He set up his own shipping company and became the first person to export coffee directly from Costa Rica to London (very relevant in these days of Fairtrade).  He became a national hero in Costa Rica and is credited with transforming that country from being the poorest in Central America to the wealthiest, in less than 25 years. A Christian man, he distributed Spanish bibles to the Costa Rican people and played a part in stopping the establishment of slavery in Costa Rica. He has been featured on Costa Rican bank notes and stamps.

Things to see or do:  visit our mini website about William here.

Le Lievre lived his entire life in Guernsey and although he was successful in his passions of learning and history, he is remembered best for his paintings.  Le Lievre's painting remained a hobby he shared with friends and family, even though it could have brought him wealth and fame during his lifetime.  The majority of his work is in watercolour and many of these are in the Guernsey Museum art collection.  He was particularly skilful at capturing the lives of working class Guernsey people during the 19th century.  'Le Lievre brings to life a vanished world with a skill that is equalled by no other artist in Guernsey' (quote from the Museum's book about Le Lievre).

Things to see:  the book Peter Le Lievre-Artists in Guernsey series, produced by the Museum, is available to buy from Candie.  Some of Le Lievre's watercolours are on display in the Rona Cole Gallery at Candie.  You can see the blue plaque on his former house 17 Hauteville, St Peter Port (just up the road from the Cock & Bull pub, on the opposite side).  This was unveiled in 2010.

Ada Le Poidevin, a member of the Salvation Army during the First World War

Ada came from a working class family and left school at 12 years old.  She had never left Guernsey before, so it was extraordinary that she signed up to join the Salvation Army and left the island in 1917, in her early 20s.  Her family were Salvationists and she had a very strong Christian faith.  Ada didn't speak much about her war experiences during her lifetime but the story has been pieced together since by researchers, notably her niece Liz Walton.  You can watch a video about Liz's research here.

Ada was stationed in France helping the sick and injured, talking to them and comforting them as best she could.  She was based in areas where the front line was constantly moving, and where entire towns and villages were totally devastated by shells and bombs.  Women workers like Ada also washed and mended uniforms, wrote letters to relatives at home, or simply listened and talked with the men as well as appealing to their spiritual side with Biblical readings and music.

After the war, Ada was involved with the Salvation Army War Graves Visitation Department. Their "Pilgrimages of Remembrance" involved travelling to England to meet with parties of bereaved relatives, escorting them to Folkestone then across the Channel to Calais or Boulogne from where they travelled to a "Hostel of Consolation" near one of the many cemeteries in the region. The work must have been hard work and extremely sad, travelling through areas devastated by war damage. Ada continued this work until late 1922.

Métivier is an important person in Guernsey's story because he devoted much of his life to studying Guernsey's language, Guernésiais (pronounced JEHRR-nehz-yay).  He was the first person to write a Guernésiais dictionary and has been called Guernsey's 'national' poet because he produced a considerable amount of poetry.  Victor Hugo called him 'the Guernsey Burns'.  This poetry along with his dictionary are an important record of our language.  He once said:

(whether the "lingo" be good or bad,

I'm going to speak the way we spoke back then).

Here is an example of his poetry:

(Do you see the lightning, do you hear the thunder?

The wind is raging and the snow has fallen!

The brooks are frozen, the night is dark -

Things to see or do:  visit Guernsey Museum at Candie to see a portrait of Métivier and hear some of his poetry.  Next door is the Priaulx Library, where you can visit the Guernsey French corner and see many interesting things including his dictionary.

Major Marie Ozanne O.F., member of the Salvation Army and resistor to oppression

Miss Ozanne spoke out publicly during the Second World War and was imprisoned by the German Forces.

The wearing of uniforms was banned but Marie continued to wear her Salvation Army uniform until it was forcibly taken away.  She protested to the German authorities about their ill treatment and persecution of the Jewish people and also the treatment of slave workers in the island.

In her diaries, Marie mentions giving food to French and Dutch foreign workers. She also recorded that she was protesting and going into Town to read scriptures and sending letters about the plight of foreign workers and the Island's hungry people. "Guernsey is beautiful, why so much war, darkness and hatred?" she wrote.

Miss Ozanne was imprisoned by the German Forces after preaching and suffered from poor health from then on.  She died aged 37.  Marie was awarded the Salvation Army's highest honour, the Order of the Founder, in 1947.

Things to see or do:  you can read about her diaries here.  These remarkable diaries can sometimes be viewed by prior appointment at the Island Archives.  You can see the blue plaque on Miss Ozanne's former house, Aquarius, Dehus Lane in the Vale (in the same lane as the Dehus Dolmen).  The plaque was unveiled in 2013.